We are still accepting IVC Filter Claims with diagnosed complications.

IVC Filter lawsuits are filed against Rex/Argon, Bard,  Cook and Cordis medical device manufacturers. The malfunctions include filter fractures, perforation, tilting and migration causing death and/or serious injuries to other organs.   As reported by NBC News in 2015: Why Did Firm Keep Selling Problem Blood-Clot Filters? – NBC News.   St. Clair was selected to serve the IVC Filter litigation committee overseeing the Bard IVC filter bellwether jury trials. There have been six plaintiffs’ jury verdicts as of August 2021.

Verdicts for the Plaintiffs

The Multi-District litigations of the IVC Filters follows:

$33.7 Million was awarded by a Philadelphia jury in the first bellwether trial in the Philadelphia inferior vena cava filter mass tort litigation. On October 28, 2019, the jury found that Rex Medical and Argon Medical Devices defectively designed the IVC filter device. Judge Michael Erdos of the Philadelphia County Court of Common Pleas presided over the trial, which began on October 8, 2019. The plaintiff, Tracy Reed-Brown, filed the action in March 2017, alleging the Option Retrievable Inferior Vena Cava Filter System she was implanted with perforated through the walls of her vena cava causing her severe injuries.

$3 million in compensatory damages was awarded to Tonya Brand against Cook Medical IVC filter on February 1, 2019 after a jury found her Celect IVC Filter was defectively designed. The filter fractured and migrated through her body to her thigh forcing her to undergo an open laparotomy surgery.  The two week bellwether trial was heard in the U.S. District Court for the Southern District of Indiana with Judge Richard Young presiding. In July 2010, surgeons attempted to remove the broken IVC filter but were unsuccessful.  Then, finally in October 2015, surgeons were able to remove what was left of the filter device. Cook Medical moved for judgment as a matter of law, arguing the evidence did not support the verdict.

$1.2+ million was awarded against Cook, Inc. to a Houston, Texas firefighter on May 24, 2018. Jeff Pavlock was implanted with a Cook inferior vena cava to prevent blood clots from traveling to his heart, lungs or brain in March 2015. However,  the filter tilted after implantation, perforated his aorta and duodenum requiring two additional unsuccessful surgeries to retrieve the device. The jury found that Cook didn’t properly warn the implanting surgeon about the risks of IVC filters. The case was tried by David Matthews, Tim Goss and Rich Freese in Judge Larry Weiman’s district court.

A Phoenix federal jury awarded $3.6 million against Bard on March 30, 2018. Sherri Booker’s Bard IVC filter broke apart and lodged in her heart forcing her to undergo emergency life-saving surgery. The open heart surgeons were able to remove portions of the fractured filter, yet some fragments remain lodged in her body. The jury found that Bard was responsible for 80 percent of the harm and is liable for punitive damages. This is the first bellwether trial in the Bard IVC Filter litigation before Judge David Campbell with thousands of IVC filter lawsuits filed ready for trial.

The FDA issued a safety communication May 6, 2014 for IVC filter removal, suggesting it should be removed between 29 and 54 days after implantation. However, the vast majority of cases allege the filters were not removed timely causing dangerous injury or death to the patients.Watch the IVC Filter NBC News stories here: NBC News IVC Story.

Serious symptoms and conditions that need immediate medical treatment include:

NBC uncovered further failures with other Bard Blood Clot Filters, the Bard G2 and G2 Express, linked to 12 deaths. This is the third in a series of investigations on 39 deaths associated with patients implated with Bard filter devices.

NBC News investigative reports that at least 27 deaths have been associated with Bard Recovery filter — a spider-shaped apparatus that is inserted into the largest vein in the body to prevent blood clots. Government data shows approximately 300 other non-fatal problems have also been reported with the Recovery, which is one of thousands of medical products sold by C.R. Bard. 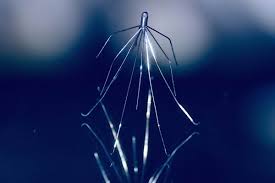 Did Blood-Clot Filter Used on Thousands of Americans Have Fatal … 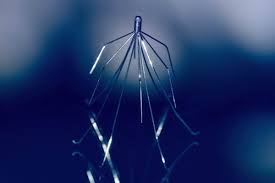 Howard Nations and David Matthews have been appointed to the Plaintiffs Steering Committee (PSC) in both the Cook IVC Filters MDL and Bard IVC Filters MDL. Carolyn St. Clair serves on the bellwether selection committee.

A study published in 2012 in Cardiovascular and Interventional Radiology, found that a staggering 100 percent of the Cook IVC filters perforated the study participant’s venal wall within 71 days of implantation. The inferior vena cava filter in 40 percent of study participants was found to have tilted away from its original optimum position for capturing wayward blood clots from the leg. Another study in Annuals of Vascular Surgery in April 2013 urges removing the IVC filters as soon as no longer needed to prevent fatal complications.

Retrieval of the filter may or may not be possible, depending on the make and model of the filter, the associated complications, symptoms exhibited and location where the device may have traveled in the body. These may be serious life threatening complications, so do not delay. There are strict time limits to retrieve your medical records identifying your manufacturer and file a claim.

Since the introduction of the retrievable temporary IVC filter, the FDA has received over 1000 adverse reports concerning fragmentation and embolization within the body. The FDA issued a safety warning on August 9, 2010 entitled “Removing Retrievable Inferior Vena Cava Filters: Initial Communication”, which warned against leaving IVC filters in for extended periods of time, because they have a tendency to cause life threatening problems. In a 2012 study, a 12% rate of filter fracture was reported to be associated with the IVC filters was found.

The researchers also found that the rate of filter fracture increased with the amount of time the implant was in the patient’s body. Unfortunately, just more than 50% of fractured IVC filters could be successfully removed. Although the body of the filter can often be removed successfully, the spider-like legs (or “struts”) often fracture and move to a position where retrieval is impossible. Product Identification is key as there are many permanent filters implanted that are not included in the subject of this litigation.