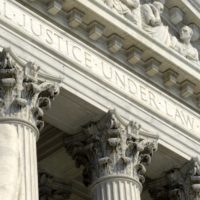 Johnson & Johnson has agreed to pay almost $1 billion to resolve the majority of the outstanding lawsuits that claim that its Pinnacle hip implants were defective. This settlement was announced after a jury was empaneled to hear the latest Pinnacle hip implant lawsuit. The case was a consolidated lawsuit that was brought by five Pinnacle hip implant recipients in Texas. In Re DePuy Orthopaedics Inc. Pinnacle Hip Implant Products Liability Litigation, 11-md-2244, U.S District Court, Northern District of Texas (Dallas).

This settlement resolves more than 95% of the 6,000 lawsuits where surgeons extracted the Pinnacle implants because of defects that left patients unable to walk and in pain. The $1 billion total includes a prior settlement for more than $400 million. There are still almost 4,500 pending lawsuits by patients whose hip implants were not 100% metal or have not yet been surgically removed.

JNJ pulled Pinnacle’s metal-on-metal hip implant off the market in 2013 after the U.S. Food and Drug Administration toughened regulations on these devices. Pinnacle hips made from different materials continue to be sold in the U.S. today.

Over the past years, plaintiffs have been awarded at least $1.7 billion in related defective hip implant cases. In August 2018, a Texas judge awarded $246.1 million to plaintiffs in the bellwether case that claimed that the Pinnacle metal-on-metal hip implants led to injuries including bone erosion and tissue death and that JNJ made false claims when promoting the device. In December 2016, a Texas federal jury ordered JNJ and DePuy to pay more than $1 billion to six plaintiffs who claimed to be injured by the Pinnacle implants.