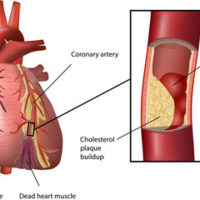 Countless people across the United States have suffered serious injuries caused by inferior vena cava (IVC) filters. Thousands of these injured victims have filed lawsuits against the manufacturers of their filters, and several of these lawsuits have now gone to trial. For more information regarding IVC filters and legal information, contact an IVC injury lawyer from our firm.

What are IVC filters, and how are they used?

IVC filters are designed to prevent the movement of blood clots through the inferior vena cava, the body’s largest vein which carries blood into the heart. The filters have an array of small, barbed legs emerging from a central spoke, holding the filter in place in the vein. These devices are often used on patients who are at a high risk of experiencing a blockage formed by a blood clot in the heart or one of the arteries of their lungs, but who cannot use anticoagulant medications to prevent blood clots. Some IVC filters are retrievable, intended for short-term use, while others are permanent, built to remain in place in the patient. Short-term filters are designed to remain in the body between 30 and 55 days, and they are at much greater risk of failing when allowed to remain implanted beyond this point. However, since the filters are difficult to remove, doctors often leave the filters in much longer. C.R. Bard and Cook Medical are the primary manufacturers of IVC filters in the US.

Why are recipients of IVC filters suing?

Patients who have been injured by their IVC filters often report that the filters broke into pieces, with the small metal legs becoming lodged in their veins or arteries, or even their bodily organs. Some patients have suffered ruptured veins caused by pieces of the filters or by attempts to retrieve them, which can lead to internal bleeding, a potentially-fatal event. Other patients believe that the filters have, in fact, caused blood clots in the location where they were implanted, rather than preventing them. Despite the FDA’s many warnings about the dangers associated with IVC filters, many patients are never warned about these risks before having an IVC filter installed.

Patients injured by IVC filters have filed thousands of lawsuits to date, seeking compensation for the medical costs and pain and suffering caused by these filters. A select number of these cases have already gone to trial, and while some have been dismissed, others have resulted in verdicts in favor of injured victims. One Texas man was awarded $1.2 million for his IVC filter-related injuries. Another Texas woman won a $3.6 million verdict after suffering serious injuries caused by a defective IVC filter. Additional plaintiffs are filing claims against Bard and Cook for their IVC filter injuries every day. A seasoned defective medical device attorney can help you determine if you have a claim for damages as an IVC filter recipient.

For seasoned, dedicated, and effective help in filing a claim for injuries from IVC filters, contact the Houston offices of defective medical device attorney Carolyn St. Clair at 800-814-4540.

By The Nation's Law Firm | Posted on December 31, 2018
We Can Help You With These Injuries