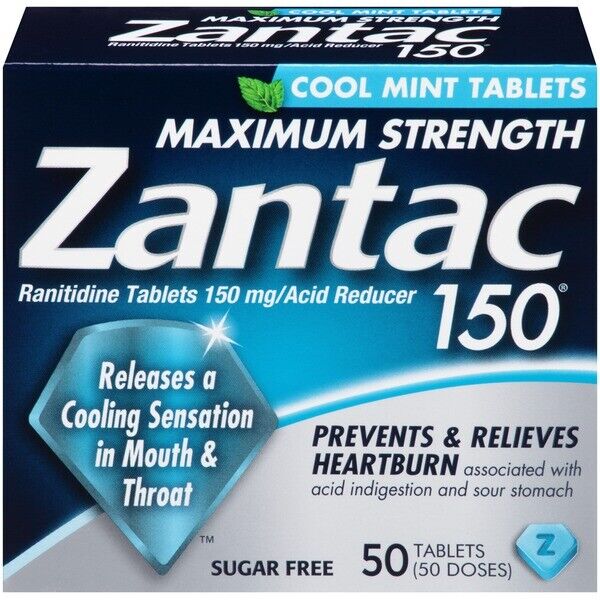 Zantac and Ranitidine have been recalled as of October 18, 2019. Stomach, Bladder,  Kidney, Pancreatic and Colon Cancer have been linked to ingestion of these drugs, the brand name or prescription drug used to treat heartburn, acid indigestion or gastroesophageal reflux (GERD).We do not suggest you discontinue use of any drug without consulting your health care provider.

The FDA warned that Zantac may be contaminated with cancer-causing agent NDMA (N-nitrosodimethylamine) which is used in gasoline and rocket fuel and other petroleum-based industrial products. NDMA levels in Zantac may be 3,000 to 26,000 times higher than allowed levels set by the FDA. Investigations have uncovered links of at least 60 days of regular use of Zantac (ranitidine) with a diagnosis of cancer made six months or more after the last use of Zantac.

On February 6, 2020, the U.S. Judicial Panel on Multidistrict Litigation sent over 140 lawsuits filed over heartburn medication Zantac to the Southern District of Florida for “what could be a large litigation”. The panel selected U.S. District Judge Robin Rosenberg in MDL NO. 2924 with Magistrate Judge Bruce Reinhart. The initial conference with counsel will be held March 20, 2020 at Paul G. Rogers United States Courthouse in West Palm Beach, Florida.

The plaintiffs cite research studies, including a 2016 study from Stanford University.  In that study, researchers tested 150 mg of ranitidine in humans and found that after ranitidine intake, urinary NDMA levels increased 400-fold from 110 to 47,600 nanograms (ng). This amount far exceeds the FDA’s set safe daily intake of 96 ng per day. The researchers also noted that levels of NDMA may be much higher because only a small amount of the chemical reaches the urine after it is metabolized.

Contact us at 1-800-814-4540 if you were diagnosed with Stomach, Bladder,  Kidney, Pancreatic and Colon Cancer after taking Zantac for regular use at least 60 days. Our medical legal consultations are free.

You may be eligible to recover damages for:

In September 2019,  the Food and Drug Administration (FDA) released a statement that N-nitrosodimethylamine (NDMA) was detected in at least one manufacturer’s version of ranitidine. Afterwards, some manufacturers voluntarily recalled their own versions of the drug and some of the largest retail stores removed Zantac (ranitidine) from their shelves.

NDMA is classified as a probable human carcinogen and is found in low levels of cigarettes, most foods, and drinking water. The FDA has publicly stated that the levels of NDMA found were “low” and suggested that the risk posed to humans was inconclusive as of now.

There are time limits to retrieve your medical proof of prescription or over the counter drug usage and cancer diagnosis. If you ingested Zantac (ranitidine) on a regular basis and believe the use may have led to cancer of the stomach, colon, intestines, kidneys, bladder or pancreas, contact us ow at 1-800-814-4540 or carolyn@carolynstclair.com for a free consultation.