$10 Billion Roundup Settlement was announced on June 24, 2020:  NYTimes Roundup Settlement. The settlement covers an estimated 95,000 cases and includes $1.25 billion for potential future claims from Roundup customers who may develop the form of cancer known as non-Hodgkin’s lymphoma. Bayer still faces at least 30,000 claims from plaintiffs who have not agreed to… Read More »

Zantac linked to Cancer Stomach, Bladder,  Kidney, Pancreatic and Colon Cancer have been linked to ingestion of Zantac, the brand name or prescription drug used to treat heartburn or acid indigestion.* *Do not discontinue use of a drug without consulting your doctor or nurse practioner. Investigations have uncovered possible links of at least 60 days of regular use of Zantac… Read More »

Can a chemical in Roundup weed killer cause cancer? Man plans to sue after diagnosis WXYZ (WXYZ) — In September 2017, Phil Corsi went to the doctor complaining about pain after eating. He got a diagnosis he never expected.“I had a large lymphoma that had become cancerous,” said Phil Corsi. His days became filled… Read More »

$120 Million Mesh Verdict $120 Million was awarded to a transvaginal mesh plaintiff on April 24, 2019. The jury found that Ethicon, the Johnson and Johnson subsidiary, negligently designed the pelvic mesh implant forcing Susan McFarland to suffer with incontinence and chronic pain that prevented her from having sex with her husband for over… Read More » 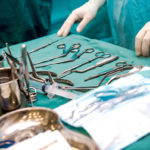 A Houston man recently filed suit against his doctors and a medical device company after a routine surgery left him with an infected wound, full of maggots, allegedly caused by the faulty use of a defective medical device during his surgery.  Continue reading for details about the case, and contact a dedicated and qualified… Read More »

We Can Help You With These Injuries